One mechanical bull. Dozens of Space Cowboys. The thirst for glory.

Yesterday at Atlantic BT, we gathered our community together for mechanical bull riding and Space Darts this latest Thirsty Thursday. Tensions were high. At dusk, cowboys and astronauts alike gathered outside Atlantic BT’s Level 1 Lounge to take their stand. As our own Stewart Pelto said,

“When I grew up, I only had two dreams. One was to be a cowboy and the other was to be an Account Executive. Now, as always, it’s time to saddle up.”

Yesterday he was both. People were thrown. Some held on longer than others. There was only one, though, that did not go gentle onto the gym mat. 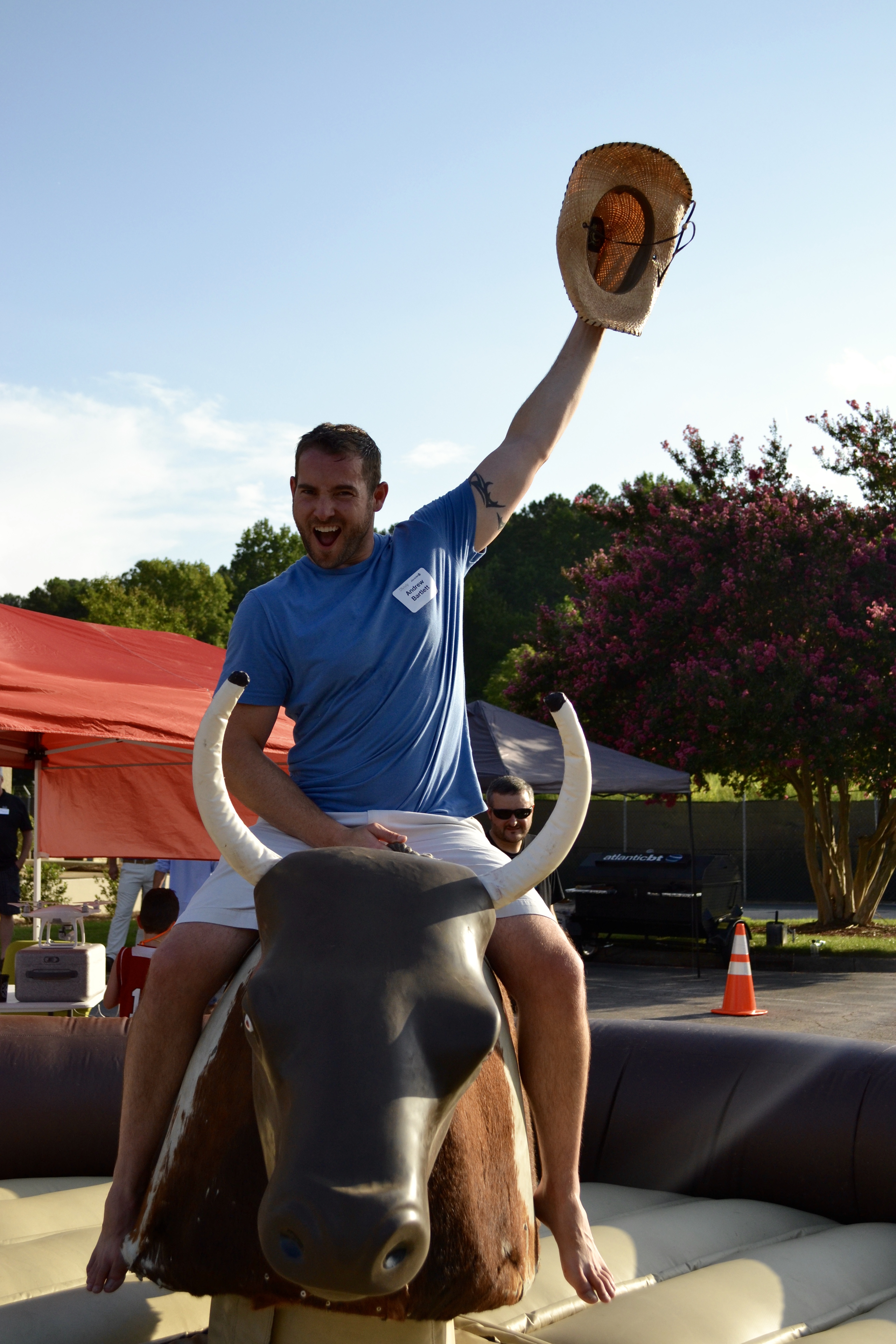 The bull-riding champion, Andrew Bartlett, lasted for 51 seconds. After his victory, he said:

“There’s a big difference between me and a real, legitimate working hand, or a world-champion rodeo cowboy, but I don’t see any of them here today.”

Other events included Space Darts with accompanying Space Trivia. Here, we see Victor Short set his trajectory after careful calculations. Despite the efforts of many Space Cowboys, David Aurelius took home the gold. 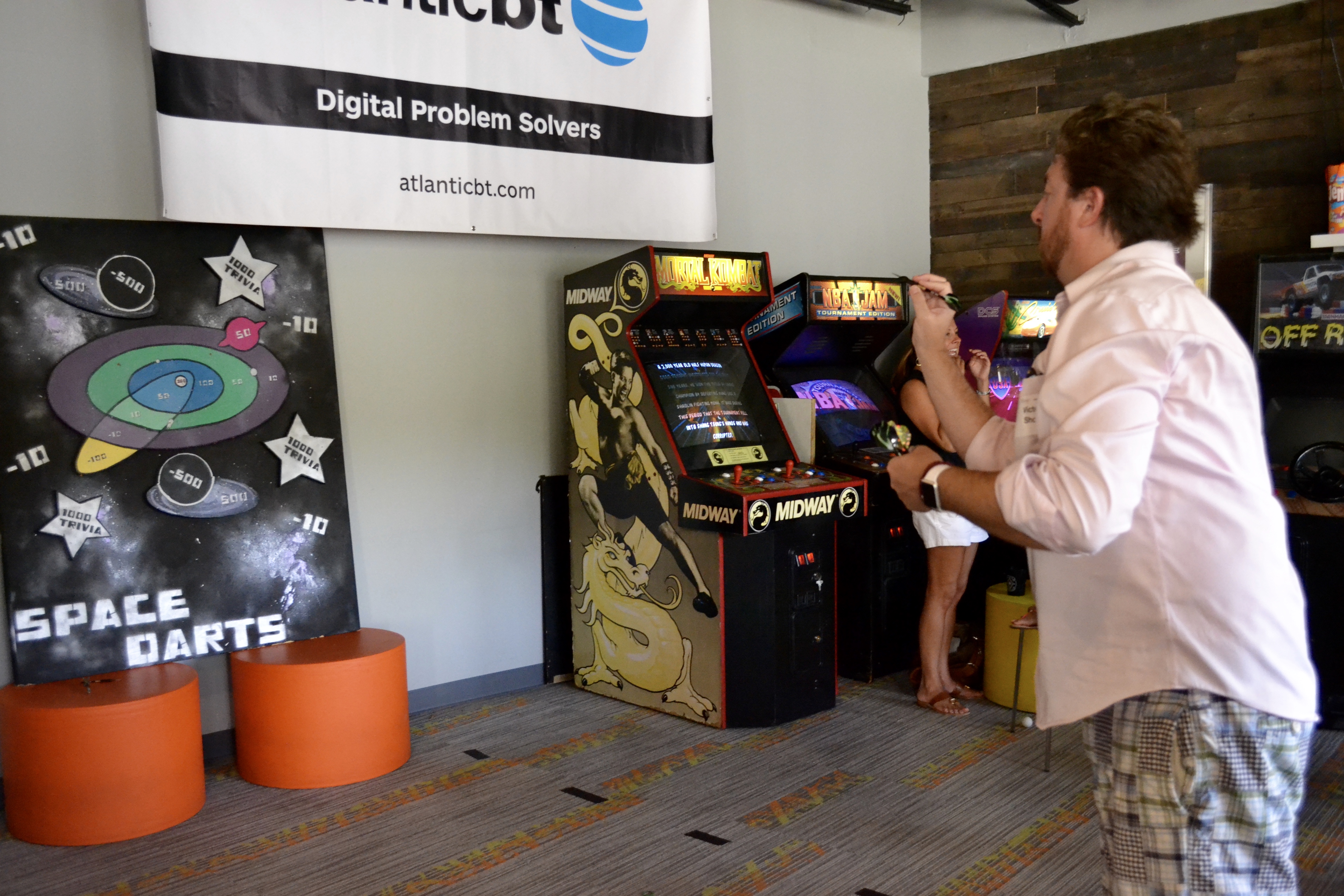 The greatest victory on Thirsty Thursday though, didn’t happen in deep space or on top of a mechanical bull. We were able to raise $800 for The Molly Ann Gries Foundation and the GoFundMe site for Kendall King’s son, Lincoln. This brings our running tally to $1952.60.

Check out some more highlights from Atlantic BT Space Cowboys for Charity:

Atlantic BT
Aug 31 - 6 minutes
Let's Dig Deeper. Explore all of our insights and get help to start a relationship with AtlanticBT
Explore Our Insights