Team “Smells Like Money” Takes Gold at 6th ABT Olympics

The Olympic Games are an ancient tradition, gathering together warring athletes from across city-states, countries, and cultures to compete in the global pursuit of peace.

In the ABT Olympics, everyone is from the same company gets together to play flip cup, throw water balloons, and gyrate madly with tissue boxes tied to their waists. We may not have achieved global peace, but there was some spectacular competition.

Everyone here is a winner, but one team was better at winning than everyone else.

In this sixth year of ABT Olympic competition, the events included: 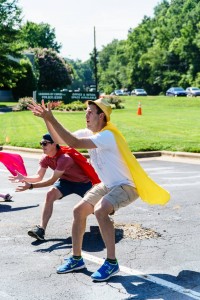 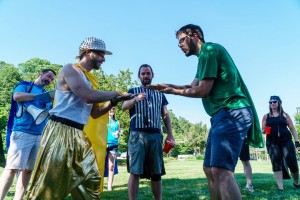 Hap Wiggins from team Gold Blooded found himself countered at every turn, allowing Brendan from The Big Green team to clinch the win. 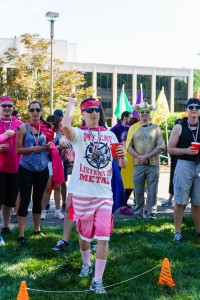 Eric Lloyd of The Pink Pussycats of Death Metal hurls a space dart. This combination of target throwing and intergalactic trivia tested the minds and hand-eye coordination of team Purple Reign, who won the victory. 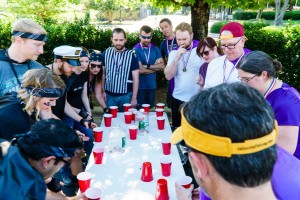 This classic college drinking game was dominated by the black team, also known as Smells Like Money.

Junk in the Trunk 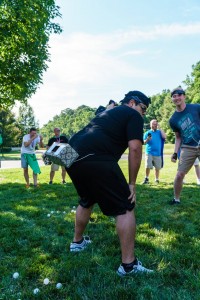 How do you shake ping pong balls out of a tissue box attached to your behind? Team Smells Like Money found the answer and shook it fast. 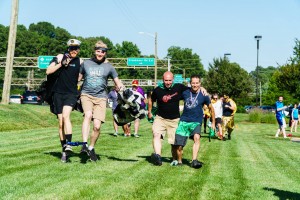 With each team’s starting place determined by their wins in earlier events, this multi-part relay would decide the winners of the ABT Olympics. Team Smells Like Money built on their sizable lead to easily finish first.

Hungry for more ABT Olympics action? Check out the gallery below for more images of the Atlantic BT team competing for glory.