How ABT Empowered Campbell.edu to Lead with Purpose

How Can a Hidden Gem Become a Preeminent Private University?

130 years after opening, Campbell University was an established presence in NC’s higher education landscape. The Baptist-affiliated private college had graduated generations of state leaders in business, medicine, and law. However, only 19% of American adults had even heard of Campbell University—and several of these incorrectly assumed the college was connected with the soup brand. If the university was going to attract elite students on a national scale, something needed to change. Campbell began this process by hiring a new president, J. Bradley Creed.

I have heard others describe Campbell as a hidden gem and the best kept-secret in North Carolina. They meant that as a compliment, but I want people all across North Carolina, the region, and the nation to know the Campbell name and to recognize Campbell as one of the preeminent private universities that prepares students to make a difference in the lives of others through work, service, and leadership. –J. Bradley Creed, President-Campbell University

Because 97% of prospective students begin their college search by visiting that university’s website, Campbell needed its website to excite and engage students with a meaningful experience that captured the “feel” of Campbell’s campus and student life. It was also vital for the site to be easy to navigate across Campbell’s different programs as well as optimized for mobile users (mobile traffic to Campbell.edu had increased 1277% since 2011). This inspired the president’s new initiative: a major rebranding and new design for Campbell.edu to expand the university’s reputation across the country. The university chose Atlantic BT as their digital partner to handle the rebrand and site design.

When we started our conversation with Campbell, what really helped ABT stand out was our proven process for tackling this kind of large scale initiative with multiple stakeholders. Our experience around user research was especially compelling. They had multiple stakeholders across their vast program offerings and alumni, and we wanted all of them to feel represented by the new site and brand. To make that happen, we designed digital surveys, brand workshops, interviews, and test groups to get a 360 view of Campbell’s identity. This in-depth research guided all of our design and brand work. –Eric Lloyd, Senior Business Development Manager -Atlantic BT

The scope of ABT’s redesign required a new navigation, search capabilities, and reimagined user experience (for both desktop and mobile). Our aim was to give Campbell.edu a new digital ecosystem that would help Campbell compete with leading universities. Key to this objective was the development of a strong content strategy—analyzing which pages, images, and videos would do the most to engage Campbell’s audience and organizing these assets accordingly.

It all started with discovery. To create a content strategy for the new site, we worked with Campbell to identify and audit over 8,000+ unique web pages and construct a site architecture that satisfied the needs of the individual schools and their users. We put a lot of effort into streamlining the content, simplifying the navigation, and creating an experience that is logical and intuitive. –Tyler Slocum, Digital Marketing Strategist -Atlantic BT

Throughout this process, it was essential for ABT to have a deep understanding of Campbell’s needs and regular communication with their stakeholders. Campbell’s internal marketing team visited the ABT office at least once a week throughout the project; we also used our Mavenlink project management tool to regularly share research results, user test findings, site mock ups, and other work-in-progress elements of the new Campbell.edu.

Good communication and collaboration is the bread-and-butter of any large project, especially one as massive as the Campbell brand and site redesign. Our in-house work sessions with the Campbell marketing and communications team combined with the digital immediacy of Mavenlink did a lot to keep us on the same page. Thanks to our collaborative process, we completed the redesign and launch of the new Campbell.edu in less than eight months. –Townsley Minton, Director of Client Success -Atlantic BT

Modernizing the Brand for an Established University

Beyond the redesign of Campbell.edu, the university wanted to give its community a unified brand vision with a statement and symbol that would represent the essence of Campbell. ABT met this challenge with a variety of research methods mixed with a testing-driven creative approach.

For branding research, it is really important to be both quantitative and qualitative. For example, we designed several surveys measuring how many people across the state, region, and country had heard of Campbell University; among those who knew of the university, I measured what words they commonly associated with the school. This helped us understand existing perceptions of Campbell so we knew which qualities to emphasize and which needed adjusting at a brand level. –Natalie Iannello, Lead Digital Marketer -AtlanticBT

The ABT marketing team worked with these research insights along with a series of interviews and collaborative sessions with the Campbell team to craft new messaging and a new icon for the university. Because the Campbell team wanted to balance their Christian identity with the desire to recruit elite students of all faith backgrounds, they needed a brand that would resonate with both kinds of audience.

From our research into higher ed, we saw ‘leadership’ and ‘future leaders’ as familiar terms to describe the kinds of driven, elite students Campbell wanted to recruit. That said, integrating Campbell’s Christian element with respect and the right amount of distance was harder—we wanted to imply the service and selflessness of faith without alienating people who weren’t religious. Ultimately, we tried out different terms with Campbell stakeholders and landed on the word “purpose.” Purpose described the reason why people of faith lived as they did, but purpose wasn’t confined to religious people. Because this word resonated with both audiences without alienating them, it led to the tagline ‘Leading with Purpose.’ –Lorelei Canne, Content Editor -AtlanticBT

On the visual side, the Campbell team requested a new icon with a more recognizable connection to the university. Their team wanted the new unified mark to better capture people’s attention with a symbol that was unique to Campbell and representative of their school’s history and tradition of academic excellence.

We went through a lot of iterations with the Campbell team to help them develop the right icon. They needed a visual idea that would work for the goals of the Campbell marketing team and Campbell’s graduates, students, and community. After a lot of interviews and surveys, we landed on Campbell’s Kivett Hall as a landmark that really captured the university’s identity and history. After all, it’s the oldest building on their campus, and everyone at Campbell recognized it. Next, we helped their team produce and test out several different designs to find the icon that they ultimately landed on, which was modern and fresh-looking while being recognizable to the community. –Mark Riggan, Senior Full Stack Designer -AtlanticBT 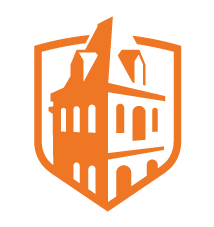 Partnering for the Future of Campbell

Now that the new Campbell.edu and brand have launched, ABT and Campbell University will continue their partnership on Campbell’s digital properties. ABT’s team is currently at work auditing and providing insight for the university’s updates to its sites for the law school, divinity school, and adult & online education programs.

In the meantime, check out the new Campbell.edu and read their introduction to the new brand and site design—let us know your thoughts in the comments below.

Find the Right Partner for Your Project

Why User Testing is Critical for UX

Annie Tudora
Aug 31 - 12 minutes
Let's Dig Deeper. Explore all of our insights and get help to start a relationship with AtlanticBT
Explore Our Insights