A Shootout, a Charity, and a LOT of Birds 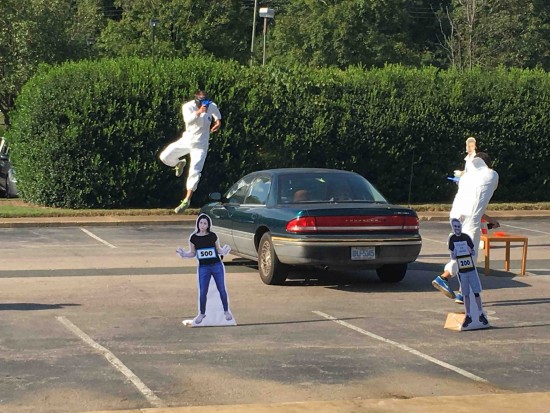 Last Thursday, the Atlantic BT family gathered for an action-packed evening: the final battle of ABT Wars followed by a real-life version of Angry Birds for our two favorite charities. 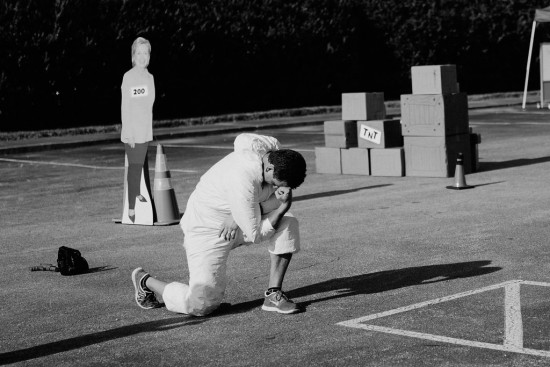 The devout Daniel Hooks promptly took a Tebow-esque knee in gratitude, then said:

“My goal in this shootout was simply to do something awesome before Bartlett overwhelmed me. That said, turtling up and waiting for him to make a mistake worked even better than I thought. It looks like slow and steady won this race.”

Once the two ABT Wars finalists exited the parking lot arena, the company cleared the space to set up for the company’s first ever Angry Birds IRL experience. 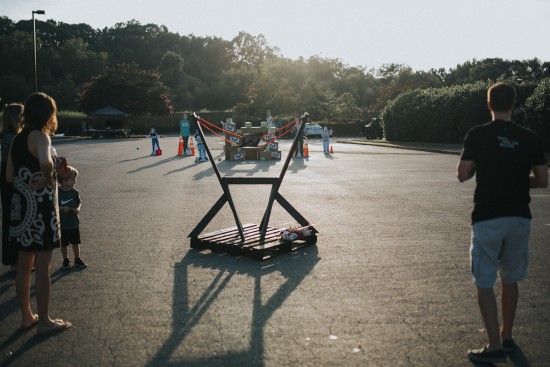 Using a ballista, Angry Bird beanies, and cut outs of members of our management team, players lined up to target the leaders of ABT with plush animals. Birds were chucked at Jon Jordan, Corey Brinkman and even the likes of Hillary Clinton and Donald Trump. The ballista was loaded with birds, targets went down, and Dave Dekker claimed victory with a total of 6500 points.

As Jon Jordan, who came in second place, said,

“Even though we started chucking birds at the very same time. Dekker’s score continued to climb. What can I say? The man is non-stop.”

However, the real high score was the $536 that was raised for our 2 favorite charities, The Molly Ann Gries Foundation and the GoFundMe site for Kendall King’s son, Lincoln.

Got a case of FOMO? There’s just one Thirsty Thursday left this year— on Sept 15.


Check out the full gallery of images from Angry Birds Take Atlantic BT:

Bringing Employees Together One Mini Game at a Time

Rachel McKay
Jan 31 - 2 minutes
Let's Dig Deeper. Explore all of our insights and get help to start a relationship with AtlanticBT
Explore Our Insights