On our final Thirsty Thursday of the summer, Atlantic BT held an American Gladiators-style Joust tournament and a cornhole long toss competition to finish our fundraising for The Molly Ann Gries Foundation and the GoFundMe site for Kendall King’s son, Lincoln. 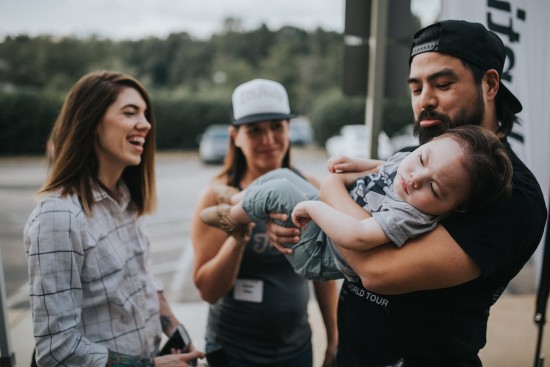 The fighting was fierce on the Joust battleground, with numerous ABTers and friends swatting each other with foam clubs. Ultimately, Nick Wichowski of Comfort Monster emerged as the winner. 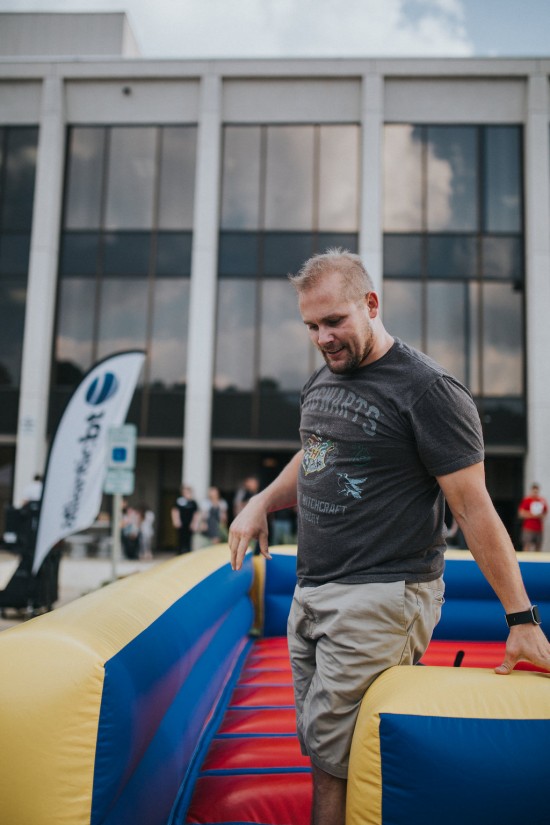 “What can I say? It’s almost like being bigger and stronger than everyone is an advantage in hitting people with a huge foam club.” Nick said.

For the long toss competition, few were surprised to watch familiar champion Andrew Bartlett throw the winning sack to win $100. 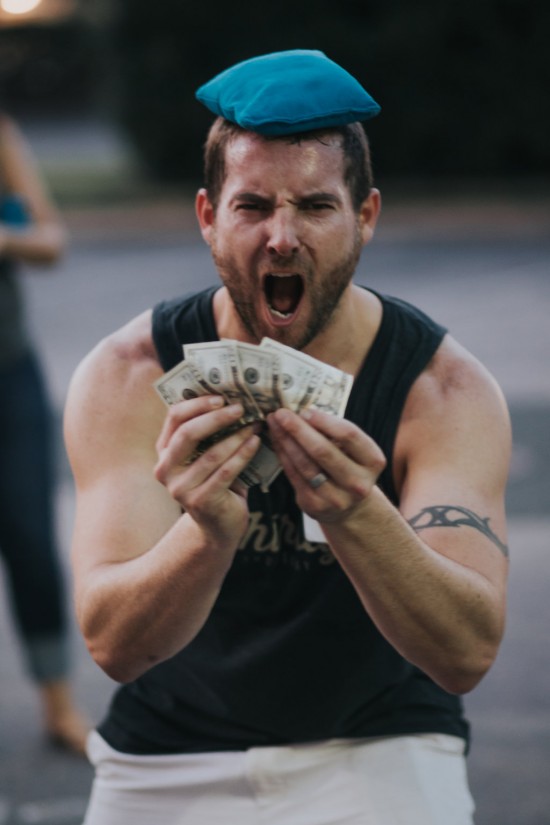 “I’m just glad we raised all that money for the kids. Really great that Atlantic BT did all this to help two awesome charities. Plus, I got a hundred bucks. Championship!” Bartlett said.

The real champions were the charities. Over the summer, Atlantic BT raised more than $3150 for for The Molly Ann Gries Foundation and the GoFundMe site for Kendall King’s son, Lincoln.

Thirsty Thursday might be wrapped up for 2016, but there’s a lot of fun happening at Atlantic BT this fall. To keep up with the latest at Atlantic BT, follow us on Twitter: @atlanticbt.